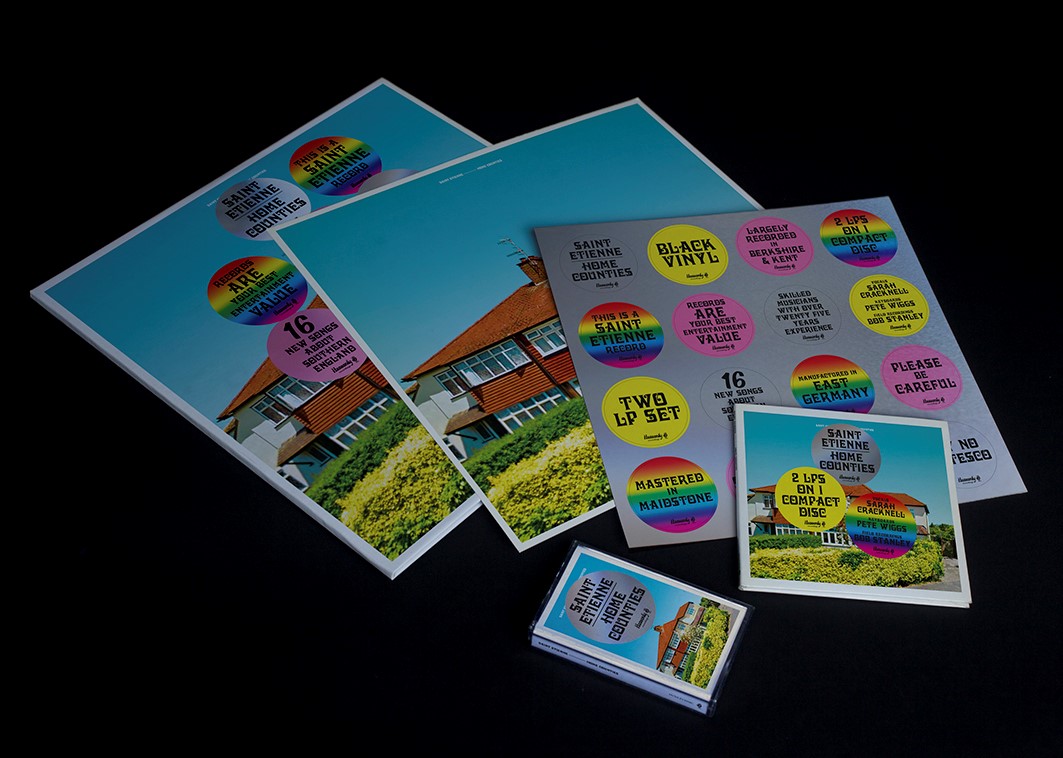 We’re finally able to bring you news that or brand new album ‘Home Counties’ will be released on the 2nd June 2017.

It contains 19 ‘tracks’ inspired by our bitter-sweet relationship with the eponymous shires that have always been part of our lives.

We recorded it in the summer and autumn of 2016 and it’s co-produced by Shawn Lee of Wall Of Sound and Young Gun Silver Fox fame.

You can pre-order now on limited edition gatefold double vinyl, cd and of course cassette – with some exclusive extras – from our shop here.

Sarah Cracknell says: “We had so much fun writing for this album, drawing influence from our teenage years growing up in the home counties. Bob, Pete and I led almost parallel lives while I was in Windsor and they were in Surrey, developing our passion for music and London. Shawn Lee was a joy to work with, he’s a wonderful multi-instrumentalist who seemed to have some kind of telepathy with us and translated our ideas perfectly. The record is quite varied in styles and brings together a little something from all our past albums whilst sounding completely new.”

Bob Stanley says “Suburbia’s anonymity is exactly why it’s a source of inspiration. They said it couldn’t happen here – and it didn’t.”

We set off on a UK tour in June but before that have three special warm up dates as follows….

Our tour kicks off in London on the day ‘Home Counties’ is released and we’re pleased to be playing a few of our favourite venues….

Tickets for all of these go on sale at 9am this Friday and you’ll find links to buy at the ‘Latest Events’ section here or by following us on Facebook (Saint Etienne Official) and Twitter (@bobpetesarah).

We’ll also be bringing you news of festival performances and a US tour in Sep/Oct later this week so stay tuned.

Looking forward to seeing you all soon.
Lots of love,

PS. We hope you like the sleeve artwork by renowned artist Scott King 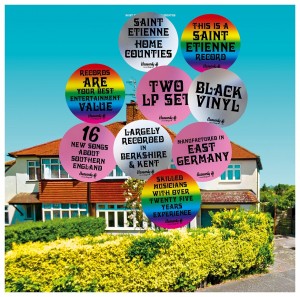 Tweet
Back to the News page
← Boxbase Alpha
Wings Across America →