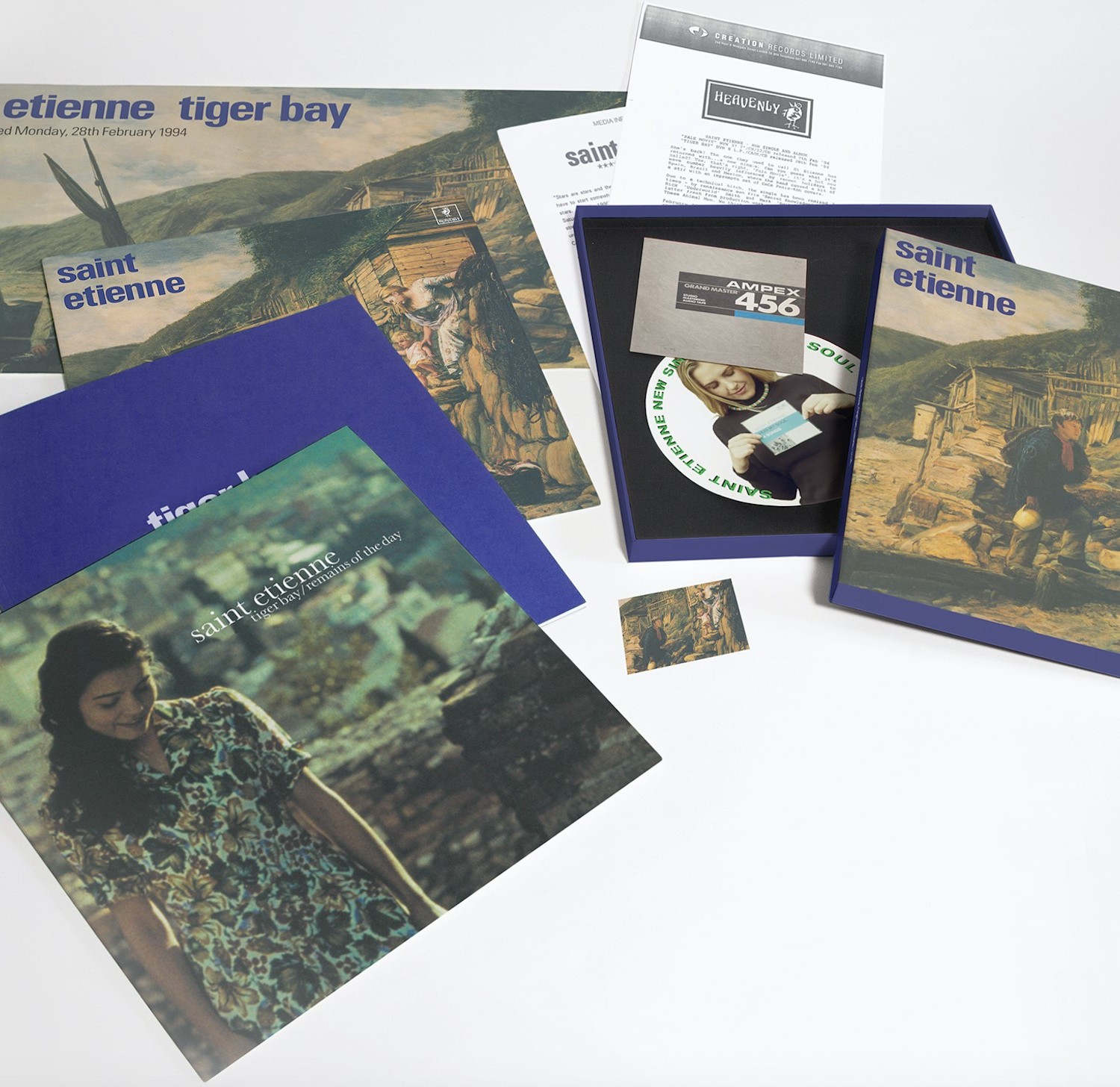 To mark its 25th anniversary, Saint Etienne announce details of a limited edition boxset of one of their most critically acclaimed albums Tiger Bay.

The lovingly put together box will be released on Heavenly Recordings on Friday 17th May 2019 but will be available to pre-order from the band’s webshop from Tuesday 30th April.

The boxset is sold via the band’s webshop at a reduced rate of £50 (plus P&P) and all those who pre-order by 6th May will receive a free copy of the 4 track Surrey North EP previously only available to those who attended the 2018 Christmas parties in Saltaire and Brighton.

At the heart of the set is Tapestry, a 13 track CD album of previously unreleased ‘stripped-back’ versions and arrangements, taken from original master tapes produced and complied by Pete Wiggs.

Tiger Bay as it’s never been heard before and here’s a taster for you: