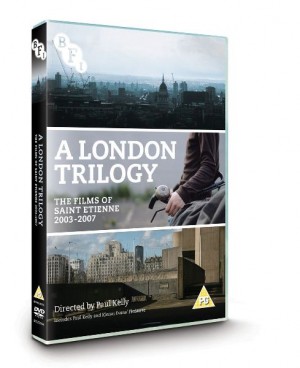 We are very proud to announce the release of our BFI DVD set A LONDON TRILOGY: THE FILMS OF SAINT ETIENNE, which will be released on July 15th 2013. Here are all the films we’ve made with director Paul Kelly over the last decade, in a lavish box complete with booklet containing essays from the likes of Owen Hatherley and Tom Dyckhoff. 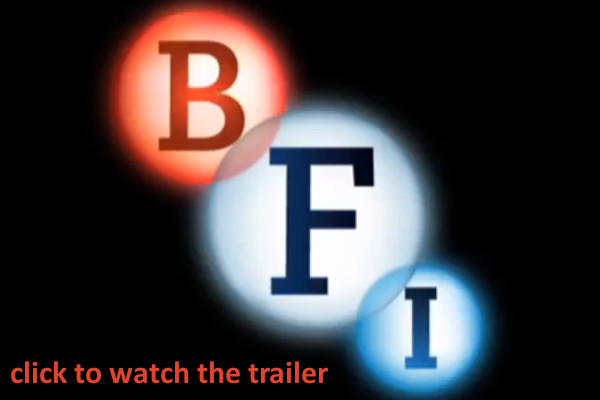 Finisterre has been out of print for several years, This Is Tomorrow – our Festival Hall biopic – was only ever screened three times, and there are a bunch of shorts, some of which have never been seen. Here’s what you get:

Finisterre (2003), directed by Paul Kelly and Kieran Evans, a homage to London – our London, that is. Scripted by Kevin Pearce, with contributions from Mark Perry, Julian Opie, Vic Godard, Vashti Bunyan, Nick Sanderson, Shena Mackay and Lawrence, this was our first attempt at something beyond a regular pop video.

What Have You Done Today Mervyn Day? (2005) follows paperboy Mervyn Day on his round, uncovering the hidden history of East London’s Lower Lea Valley. It is set the day after the Olympic decision was made. This was destined to become a lost landscape and we wanted to preserve what remained of it on film before it was redeveloped to become the Olympic Park. Voiceover courtesy of David Essex and Linda Robson.

This is Tomorrow (2007) was commissioned by the Southbank Centre where we spent a year as artists in residence. We wanted to record the history of the Festival Hall and interviewed surviving architects and designers including Leonard Manasseh and Robin Day. The film also documented the hall’s complete refurbishment from 2005-2007, which has once again made it London’s cultural centre.

The extras are Todays Special, three short films about London cafes made for Channel 4; Monty the Lamb, which follows the mascot of Hendon FC in their last season at the legendary Claremont Road ground; Seven Summers, a return to the Lower Lea Valley just ahead of the Olympic Games; The Other South Bank, the tale of a former industrial town on Teesside; and Banksy In London, made up of outtakes from Finisterre, back when the artist was a benevolent East London presence.

Those who pre order the DVD – ahead of it’s July 15th release date – via either Rough Trade or the BFI shop will also receive an exclusive set of four post cards – miniature replicas of the original film posters designed by Paul Kelly.
Order from Rough Trade here
Order from the BFI here

We’re also holding a launch event at Rough Trade East on Friday 12th July from 6.30pm where we will be screening a selection of short films from the DVD. All three of us plus director Paul Kelly will be in conversation with Luke Turner from the Quietus. Admission is free and the DVD – with postcard set – will be on sale.

All the details are here.

Tweet
Back to the News page
← Nothing’s Too Good For The Common People: A Paul Kelly Retrospective
Announcing Sarah’s solo album and tour →