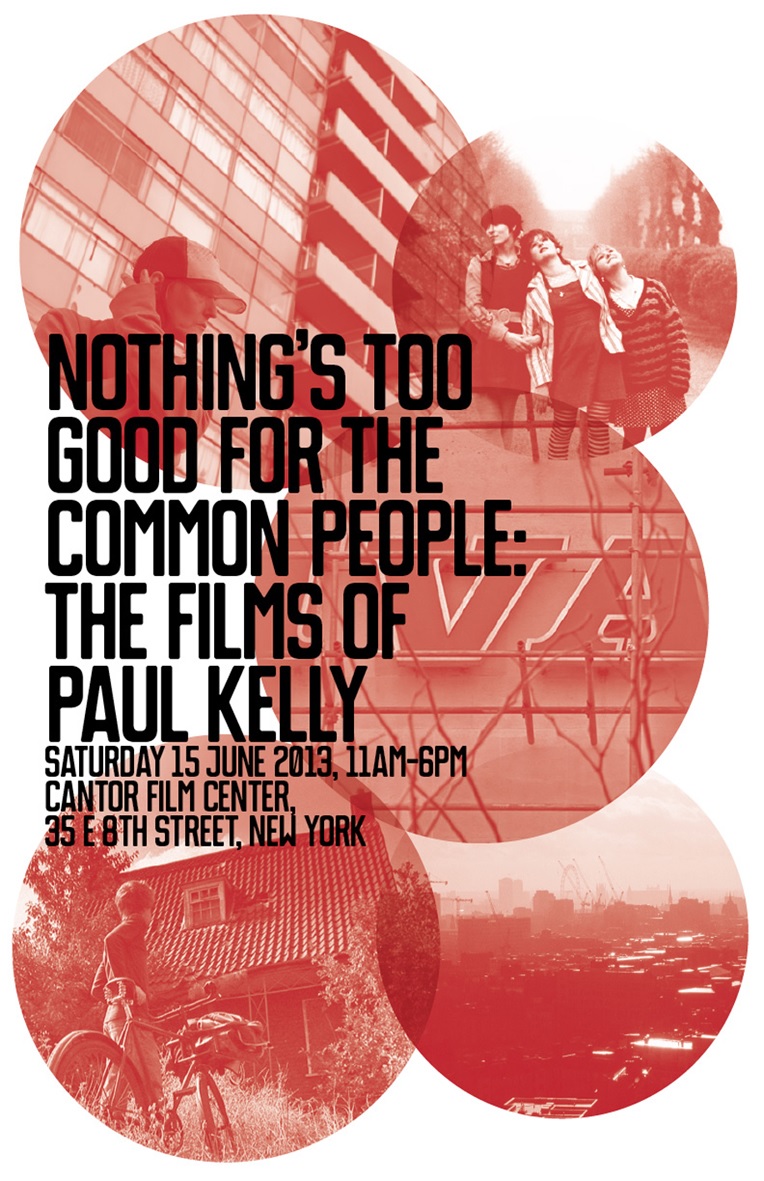 FREE AND OPEN TO THE PUBLIC

Over the last decade, Paul Kelly – already well known as a musician (as a member of the much-revered East Village) and graphic designer – has forged a reputation as one of the most distinctive British documentarians of his generation. Refining an unusually lyrical brand of psychogeography informed by pop-modernist aesthetics, he moves between the city symphony, film essay and companionate portraiture to fashion beautifully composed and deeply atmospheric evocations of overlooked places and individuals. Whether working in collaboration with the band Saint Etienne on a lushly ambient trilogy about London, or in his witty and empathetic films about the much-beloved Dolly Mixture and Lawrence of Felt, Kelly’s films are immediately recognizable and immediately lovable.

Nothing’s Too Good For The Common People is the first retrospective of this key filmmaker’s work to have been held anywhere. Organised by the New York-based Colloquium for Unpopular Culture (Kiss Me Again: The Life and Legacy of Arthur Russell; Leaving The Factory: Wang Bing’s Tie Xi Qu; A Cathode Ray Séance: The Haunted Worlds of Nigel Kneale) in collaboration with Chickfactor magazine, it will feature the US premieres of many films, introductions by a constellation of artists and musicians, and Paul Kelly himself in discussion with the director and writer Bilge Ebiri.

Tweet
Back to the News page
← Sadie’s Anniversary
London Calling! A London Trilogy →